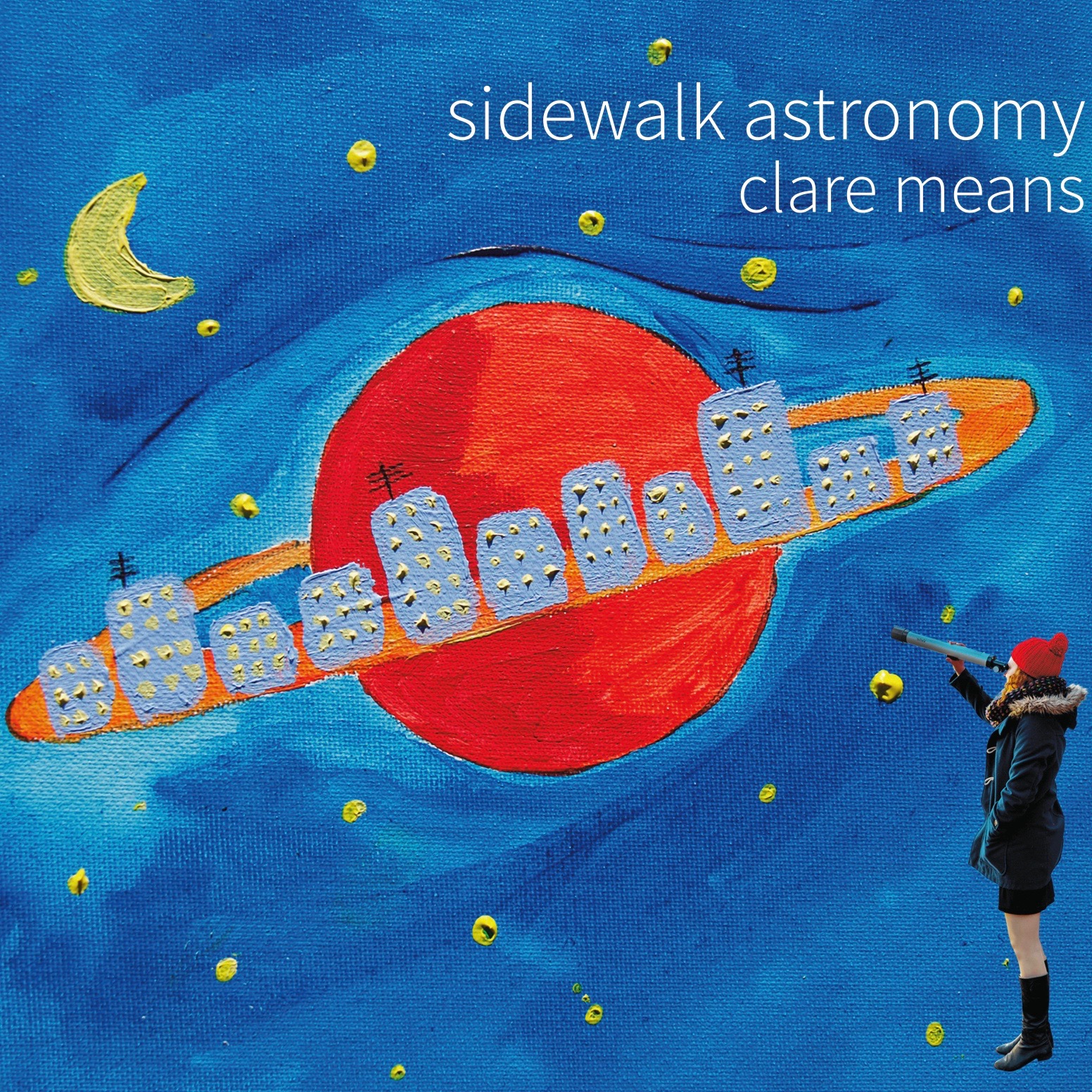 Clare Means' latest album, Sidewalk Astronomy, debuted at #1 on the iTunes Singer/Songwriter charts and #66 (right below Kanye's newest album) on the iTunes All Genres Chart.

It is a cohesive patchwork of musings on life in Los Angeles, love, forgiveness, and the recent loss of her estranged father. As Clare says, "Most of the songs on Sidewalk Astronomy were written over the course of a couple years and were sparked by a variety of moments in my life... the day I found out my father was sick, when I fell in love, when I knew my relationship was doomed, when I got my heart broken, the day my father died, and when I woke up from a strange dream about sheep."  Clare’s quirky take on life is fresh and comforting at the same time.

Part of what makes Clare stand out as a performer is the unconventional path she has taken. Always a hustler, Clare has made a name for herself as one of LA's most popular, hardest working street performers. She’s built a dedicated following by being one of the very few performers to perform almost exclusively original music. While most depend on covers to stop foot traffic, Clare learned to work on her songwriting craft and challenged herself to capture audiences using her own songs.  Clare’s street performances are musical experiments in which she interacts with the colorful and chaotic scene of the environment.

In September of 2015 Clare began live streaming her daily performances on Periscope. She became one of Periscope's most watched musicians and made it onto the Periscope trending list multiple times and gained over 100,000 followers on the app. Now she live streams on various platforms including Twitch, Facebook, Instagram, TikTok and Youtube. Clare has independently sold thousands of copies of her albums through her live streaming, street performances and while playing shows at various venues across Los Angeles and touring the US, Canada and Europe.

Clare has also been featured in many popular online blogs and magazines including Billboard, No Depression, PopMatters, American Songwriter Magazine, Buzzbands,LA,  Yay LA! and Digital Music News.  Also, you may have read about her and her live streaming success in the top selling books How To Make It In The New Music Business: Practical Tips On Building a Loyal Following and Making a Living As A Musician (Editions 1 and 2).

.
You can find her on social media: